Focal One – HIFU In the News

Focal One® HIFU Robotic uses high intensity focused ultrasound (HIFU) technology for precise targeting and destruction of only a small portion of the prostate. This precise targeting treatment spares the healthy surrounding prostate tissue and minimizes the side effects for prostate cancer patients.

Latest on Focal One - HIFU in the News

HIFU technology ablates prostate tissue by focusing high-intensity ultrasound waves on the affected area, causing localized heating that destroys the cells in the gland without damaging the healthy surrounding tissue. Focused ultrasound works in the same way as rays of sunlight that pass through a magnifying glass and are concentrated at a single point, causing a significant temperature rise around the focal point.

SOUTHFIELD, Mich. (FOX 2) – Prostate cancer is the second-leading cause of cancer-related deaths in men and one in eight will be diagnosed with it this year. At Henry Ford Health, doctors have a new tool that will burn the cancer away. Last December, Charlie Rashid received concerning his from his doctor: his PSA levels were up and the doctor scheduled an MRI and a biopsy, ultimately leading Charlie to the fight of his life in 2022.

It was a cancer,” he said. “No one wants to hear that word and my heart just dropped.” Charlie went to Henry Ford Health which is the first in the state to offer robotic High Intensity Focused Ultrasound (HIFU) for the treatment of prostate cancer. “We can now target what we call high intensity ultrasound so essentially sound waves at high intensity that creates heat in just a little area to destroy the cancer and leave the non-cancerous area alone,” Dr. Craig Rogers said.

Dr. Rogers performed the surgery on Charlie on April 8. The Focal One Robotic HIFU system merges ultrasound images with images imported from MRIs and biopsy data, which allows the doctor to view 3D images on a monitor and focus the ultrasound waves with greater precision to destroy the area containing cancerous tissue. “What’s unique about this particular system is that it is fully robotic controlled HIFU using technology to deliver that energy in a more precise and accurate way,” Dr. Rogers said. In fact, it’s so precise, that this non-surgical treatment option does not impact surrounding healthy tissue, therefore reducing the risk of side effects.

Charlie said he’s still amazed at how this technology is making the fight against prostate cancer that much easier. “I went in at 7 in the morning, I was back home at 11 o’clock. I’ll tell you getting my teeth cleaned was more abrasive than this. This was unbelievable. I couldn’t believe it,” Charlie said.

Four weeks after his surgical procedure Charlie says there’s no side effects and he looks forward to spending his retirement enjoying classic cars and being with family. “I had no pain from it, no side effects I just feel great,” he said. “I think I feel even better because I know in my mind its behind me.” For more information about the treatment, check out Henry Ford’s website.

Dad on Road to Recovery after Ultrasound Therapy for Prostate Cancer

When doctors diagnosed 71-year-old Jeff Cardinal with prostate cancer he says he wasn’t mad or scared. He was mostly confused. “I never smoked a cigarette in my entire life. No tobacco products. I don’t do drugs. I watch my weight. Everybody knows I’m disciplined. I live a healthy life.”

Blood work from a routine physical showed Jeff’s PSA numbers were slightly high. An MRI and biopsy indicated cancer. For the past three years, Jeff has managed his condition through active surveillance, which involves undergoing a battery of tests every six months to see if his early-stage cancer has progressed to the point of requiring treatment.

When he learned of a relatively new option, Jeff was ready to try it. “I listened to the doctors, followed their direction and did my own research, too,” says Jeff. “When I read about HIFU, I felt it might be the best course of action for me.”

HIFU is high-intensity focused ultrasound, an innovative prostate cancer treatment that uses the energy of sound waves to pinpoint, heat and kill prostate cancer cells. Unlike forms of radiation and surgery, HIFU is a noninvasive outpatient procedure that leaves healthy tissue unharmed.

Cleveland Clinic is one of just 14 hospitals in the U.S. now performing HIFU. Jeff’s procedure was performed by urologist and Chairman of the Glickman Urological & Kidney Institute, Eric Klein, MD.

“The risk of impotence with the HIFU is about one third of what it is for the other treatments, so it’s significantly less,” said Dr. Bardot.

NEW ORLEANS — A doctor who treats prostate cancer is calling a new device, “The most exciting new tool that we have in our toolbox in the last 10 years.”

The new technology is just as effective as current treatments, but it comes with fewer side effects that can change a man’s quality of life.

When COVID-19 shut live music down, film and music video producer, Shane Norris, got to work on a new idea. “Fridays From the Funky Uncle” was launched.

Live music and interviews with NOLA’s best performers, began a weekly online broadcast from a float in the Tucks den. Sponsors and contributions raised nearly $340,000 for musicians and gig workers during a year when concert halls were dark.

“We want to support New Orleans music, and keep it alive, and that requires you too, dancing in your living room while we do this,” said Norris, 61, about the show.

But at the same time, there was something else new going on in Shane’s life.

“Then it was definitely diagnosed as a tumor, and then scheduled a radical prostatectomy, which scared the hell out of me,” he remembers.

Shane had prostate cancer. Treatments like surgery to remove the prostate, or radiation treatments, can come with side effects such as, erectile dysfunction, incontinence and depression.

“I immediately started looking for other options, because I just, I, ’cause the downside of all of that is tremendous,” said Norris.

“Part of the whole piece of treating cancer is you want to get rid of it, but you want patients to live as full a life as possible afterward,” said Dr. Stephen Bardot, Chairman of Urology at Ochsner.

He said Southeast Louisiana has a higher incidence of prostate cancer. African-Americans, older men, and those with a relative who has had it are at higher risk.  He offered Shane the chance to be the first person treated in Louisiana with Focal One HIFU.

ROCHESTER, N.Y. (WROC) — Duane Cera went to the doctor about a year ago and his prostate specific antigen level was at 14. Doctors consider PSA levels of 3.9 or lower to be normal. Soon after, he found out he had prostate cancer.

Cera was told he could have it removed or undergo 40 sessions of radiation. He didn’t like either option.

“If they don’t get it all and does come back next time, they have to go in and remove it and the removal is gonna be a lot more risky,” Cera said. “It gets you nervous that people say that at a certain age you can not do anything about it, just watch it, but I didn’t want to do that either.”

Cera and his wife Diane decided to get another opinion after seeing an ad for High Intensity Focused Ultrasound, or HIFU, through Rochester Regional Health. Dr. John Valvo met with the Cera’s.

“We reviewed his material biopsy results, results of his MRI and other body scans, and felt he would be a good candidate for minimally invasive treatment prostate cancer. And he accepted that and we treated him,” said Dr. Valvo.

Dr. Valvo said HIFU treats the cancer in the prostate without sacrificing the entire gland. It’s been approved in the U.S. since 2018, but insurance companies just started covering it as of January 1 of this year.

“For many men this becomes a very viable option, most importantly it can be repeated if necessary,” Dr. Valvo said.

Prostate Cancer Treatment: Do Your Homework, Know Your Options

According to the American Cancer Society, prostate cancer is the most common cancer among men, after skin cancer, and an estimated 191,00 new cases will have been diagnosed by the end of 2020. When men are diagnosed with prostate cancer they have to make sense of treatment options presented to them. It is important that they fully understand the risks and side effects that come with each treatment so they can make an educated choice.

The vast majority of men diagnosed with prostate cancer have localized disease, defined as cancer that hasn’t spread outside of the walls of the prostate. For some patients, urologists may recommend active surveillance, or monitoring low grade disease with periodic prostate specific antigen (PSA) tests and biopsies of the prostate.

Two standard choices have dominated treatments – radical prostatectomy and/or radiation therapy. A minimally invasive procedure called high-intensity focused ultrasound (HIFU) has gained traction in the U.S. in the last five years and is known to reduce the risk of side effects of urinary incontinence and erectile dysfunction, often associated with surgery and radiation. HIFU is an appropriate alternative for prostate cancer patients who meet certain criteria.

Be a Man… Get a PSA Test

Some African American men are reluctant to have their prostate checked although we are at higher risk. But it’s critical.

Had I not been getting my PSA checked since I was 40, I wouldn’t have caught the disease early enough and my quality of life could have suffered …or worse.

Unfortunately, my dad didn’t go to the doctor until his prostate cancer spread to his lymph nodes. He died of the disease in 2001 at age 56. My uncle also died of prostate cancer. As the son and nephew of these two African American men, I heeded the advice of my doctor to get tested early and often. That’s why I was able to catch my prostate cancer at stage 1. Because the cancer was detected early it was easily treatable.

Since African American men are 1.5 times more likely to get prostate cancer than white and Latinx men my advice to all men is not to wait until it’s too late. The prostate exam and blood test are quick and easy, and necessary. Don’t let your ego stop you. Besides, there are many treatment options these days, including forgoing any treatment at all and having the doctor monitor the cancer until a procedure is necessary. Catching the cancer before it has spread outside of the prostate allows a man to be eligible for less invasive options that don’t involve surgery and can preserve his quality of life. 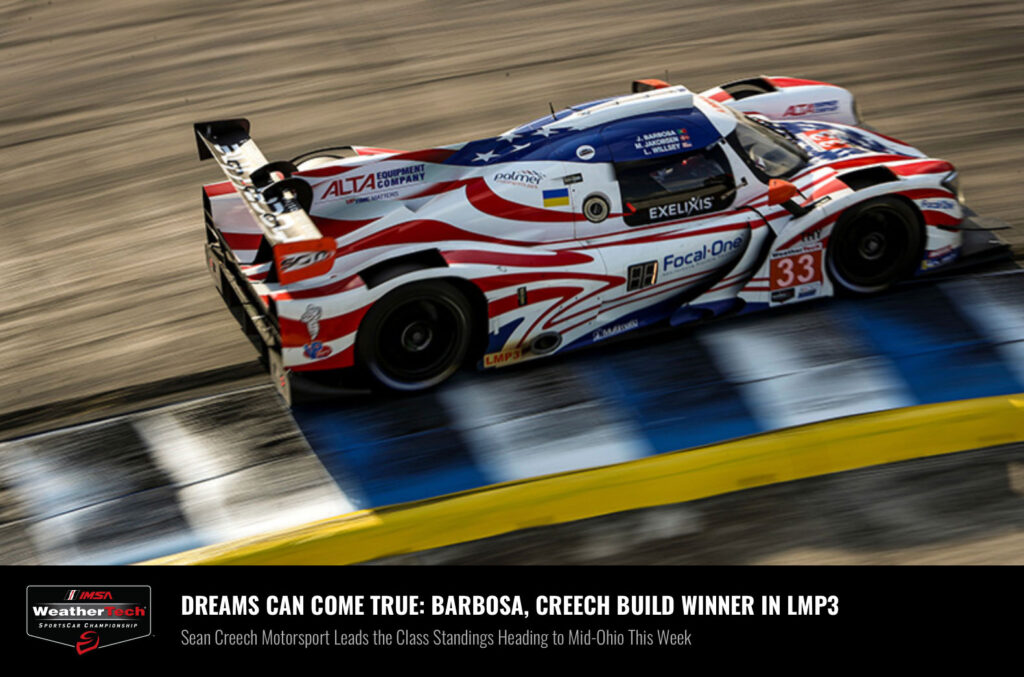